Leadership is not as easy as it seems. Being at the forefront of the multitude makes you an instant target. The temptations are numerous and can be overwhelming. You don’t have to search for them; they will come straight to your doorstep and if any leeway is given, will find their way in. Standing on the mountaintop can make one think they are invincible. However, too many leaders at the pinnacle of success are falling due to foolish mistakes.

More emphasis needs to be placed on avoiding these improprieties, the sins of leadership, which can abbreviate success. 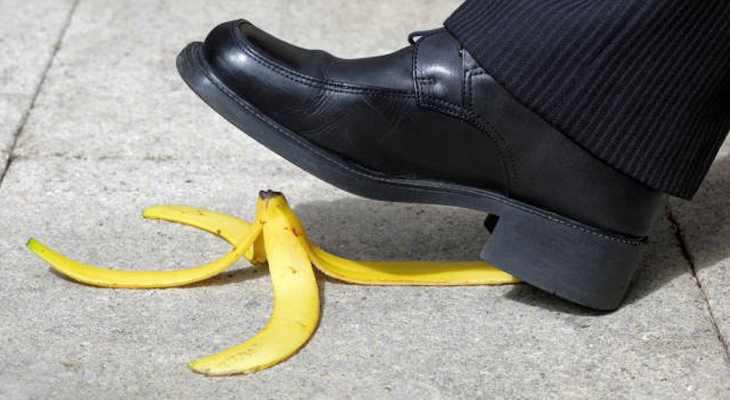 The battle begins in the mind. You are what you feed yourself. Forbidden fruit may taste sweet but it has bitter consequences. Discipline and self-control are crucial. Today you can’t pick up the newspaper without reading of some politician, public or prominent figure of society succumbing to this vice. Cherishing lust will erode your reasoning and cloud your judgement. I can’t say this enough “think before you act”. Is it really worth it? Can you play with fire and not get burned? If it’s too good to be true, then it probably is. Some pay steeply more than others.

Google executive Forrest Hayes (51 years) was found dead in the cabin of his luxury yacht abandoned by a high-end call girl, dying of a drug overdose. Security camera footage shows her stepping over Hayes’ body to finish a glass of wine while he lay unconscious, making no attempt to help him. Hayes was a married father of five and previously held senior roles at Sun Microsystems and Apple. Co-workers praised his professionalism and work ethic. “You showed us how to be better engineers and a better team. Your impact and focus was tremendous, but your touch for inspiring those around you is what made you an incredible leader.“

The ego must go. It’s not about you. Build a strong team and surround yourself with smart, passionate and highly competent people. Developing leadership skills is a lifetime project. It’s too easy, as a leader, to feel like you have to be the one who knows everything. Great leaders recognize that they need to keep learning. Additionally, treat everyone with respect at all times whether they are employees, customers, suppliers, or partners. Be humble. The more humble you remain, the more subordinates would be motivated to share their suggestions and recommendations with you. The greater your success, the more you need to stay in touch with fresh opinions and perspectives and welcome honest feedback.

Microsoft – Steve Ballmer constructed his own private bubble. Passionate in his belief that so long as he said it, it could and would be done; furthermore he was convinced that so long as he vociferously denounced any competing product or service that would be the end of it. Steve Ballmer’s Windows 8 strategies created media scorn, investor derision, and relatively few happy customers. Microsoft began losing its dominance in the software industry. Under Ballmer, Microsoft’s stock slumped, losing 44 per cent during his tenure.

Get rid of Complacency. Embrace Change. Be adaptable. Consumer needs and the marketplace are ever evolving. The global playing field has leveled. As a result of continuous technology acceleration, the change is rapid, inevitable and unstoppable. Listen to what your customers and employees are saying and go back to the drawing board. I remember once making a recommendation to a boss and being told thanks but no thanks. “This is how we have always done things and we will continue to do it this way.”

Blackberry – Research with no motion. In a board meeting, Mike Lazaridis, the BlackBerry co-founder and former chief executive pointed to a BlackBerry “I get this,” he said. “It’s clearly differentiated.” Then he pointed to a touchscreen phone. “I don’t get this.” To turn away from a product that had always done well with corporate customers, and focus on selling yet another all-touch smartphone in a market crowded with them, was a huge mistake, Lazaridis warned his fellow directors. Some of them agreed. Success had come almost naturally to the Blackberry, until Apple released the first iPhone and upended their long-held strategy of appealing primarily to email-addicted professionals.

Greed and Dishonesty go hand in hand. Reputation, Integrity and Credibility are everything. Your reputation, whether good or bad, will spread faster than a viral video on YouTube. Once lost it is extremely difficult to regain. Keep pinching the cookie and, before long, you will be grabbing by the handful. I often say “dishonesty is like digging a deep hole for yourself, you can never control the depth of the consequences”. Many years ago, when I was very young, I stole a snack from the village shop and my mother gave me a good spanking. I can never forget her words. “You must not touch what is not yours!” Those words are embedded in my mindset. Even if you are not caught, you will be forfeiting peace of mind as you have to be constantly looking over your shoulder.

The death of the 57-year-old banker Richard Talley, CEO of Denver-based American Title Services (ATS) was accompanied by the fact that his firm was under investigation by the insurance regulators. Prosecutors had launched a criminal investigation for over $2 million missing from escrow accounts. Talley committed suicide. Police found him dressed for work, sitting in his car. Records show Talley was to be confronted about the missing escrow funds the morning he died. ATS filed for bankruptcy liquidation shortly after Talley’s suicide.

Executive infighting and power struggle. If you don’t control your emotions, they will control you. Envy is like a consuming vine and can lead to anger, resentment and bitterness. It can reduce once rational people to insane behavior. Chose to live beyond your emotions.

Hewlett Packard – The public dysfunction started with the vicious infighting over HP’s merger with Compaq in 2002, which reached its lowest point when the company’s high-profile CEO, Carly Fiorina, ridiculed Walter Hewlett, a board member and son of a company founder, for daring to voice his opposition. There was a board riven by feuds and so out of control that some directors were leaking secrets to the press while the chairman of the board was hiring private investigators to obtain phone records to uncover the perpetrators. This saw the rise and sudden resignation of former chief executive Mark Hurd.

“Nearly all men can stand adversity, but if you want to test a man’s character, give him power.” – Abraham Lincoln

These lessons need to be revisited over and over and taught to seasoned as well as upcoming leaders. Don’t think you cannot be susceptible. Even those who should know better are succumbing to these vices. It’s important to set your standards early on. Take heed. A little compromise here and there and before you know it, the tree of stained character is full-grown.

Always have your head on and stay focused. There are no shortcuts to any place worth going. Most individuals don’t start out that way. Moreover, toxic emotions will destroy you. Don’t allow them to gain residency status. It’s so sad, the amount of hard work, time and effort these individuals invest into reaching where they are, then to blithely trade it for a gold plated dime.

This takes me back to the story of The Trojan War and the Fall of Troy. Moral of the story: “Above all else, guard your heart; for out of it flows the issues of life”. Proverbs 4:23

As a leader how have you dealt with these temptations?

Feminist Ideology Of Patriarchy – The Main Victims Are Men As Our Instinct Is To Support Women!

Have You Ever Had A Premonition About A Loved One?

Female Is Not A Noun: A Lesson In Class, Tact, And Common Sense