While what excites me most about traveling is exploring new locales and enjoying the timeout, I look forward to bumping into interesting people whom I would never have known otherwise.

The sight of a 50 something man sipping beer on the beach, reading a book, is a very common sight in South Goa. What’s uncommon is when you learn he is back from a detoxification regime of living on only water for 3 weeks and oh so alive! 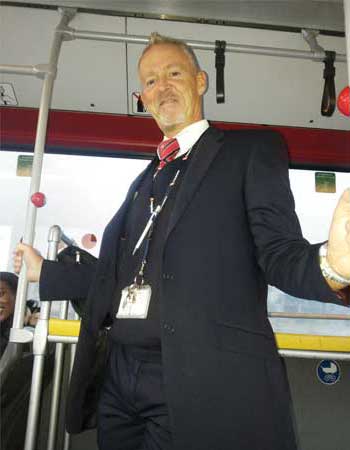 Or so he is known to the people back in Europe. He has lanyards on his bag saying “BOB” – not one, not two, but five of them, exactly the same color and design. My first thought was, how obsessed can one be with his own name. But that was until I learned what it actually meant.

BOB is not Bob’s real name, not one that his parents chose for him. BOB was a tag given to him by the European Police department.

During Christmas and New Year, people tend to celebrate and indulge in merry-making with alcohol and then often get behind the wheels. No wonder if they get caught, they are given a ticket and if an unfortunate incident occurs, they are put behind bars. Well, call it a bad company if you will, some people I know have encountered such situations at least once in their life (including me.. uurrrghhh).

Bob tells me, in Paris, if you come out clean from the breath analyzer test, you are given a BOB. And that is how BOB became BOB, after receiving it five times in his 3-year-stay in Paris.

BOB is high on life and as he says it – at his best in the late 40s. He was in his 30s, working with a reputed airline as ground staff and working his arse off every day to make a living for himself and his family. With a demanding 12-hour job, driving back home in the midst of crazy traffic which took 90 minutes of his life every day, coming home exhausted when kissing his wife goodnight was all he could do in the name of romance – BOB encountered this big question of life:

Is it really worth it?

The answer was a clear and a loud NO coming from the bottom of his heart. Unlike many of us tend to do, he did not ignore the voice he heard from deep inside and decided to change his life. He declares proudly, “My life would not have been great on its own if I had not made these changes”.

Today, BOB works 6 months a year with Jet Airways and the rest of the year, he can be found FARMING in the Barcelona countryside with his wife and 2 beautiful kids.

I always, to some extent, feel a burning sensation in my heart when I meet people who know what they want in life – would not want to call it jealousy because I am very happy for them.  It takes something to know what you want and more importantly spends a bit of your energy every day to go one step towards it.

In the worst scenario, there would be some like me who would bring back work in the handbag to home. There are times when I want my kid to sleep early so that I can finish that one last email that I have to send out. Little is the time left for me to enjoy the sunlight on a wintery afternoon, a cup of coffee by the window … these already sound like a luxury.

Call it a mid-life crisis, call it whatever you like – the question really is and scares every bit of me is when is enough, enough! When do we come to that stage when we know this is it – we’ve got to change the way of life.

When do we smoke that one last cigarette and say, this is not – no more burning my lungs.

Travel Diary: A Walk In The Hills Of Himachal

3 Precious Life Lessons I Learned From One Year Of Travel