The reason I say raise your daughter right, is because women can have the most influence on people who are close to them. They are persistent, nurturing and influential, and have natural maternal instincts. They can obviously sense and understand a child’s need better than a man. Hence the saying, “A hand that rocks the cradle rules the world“. 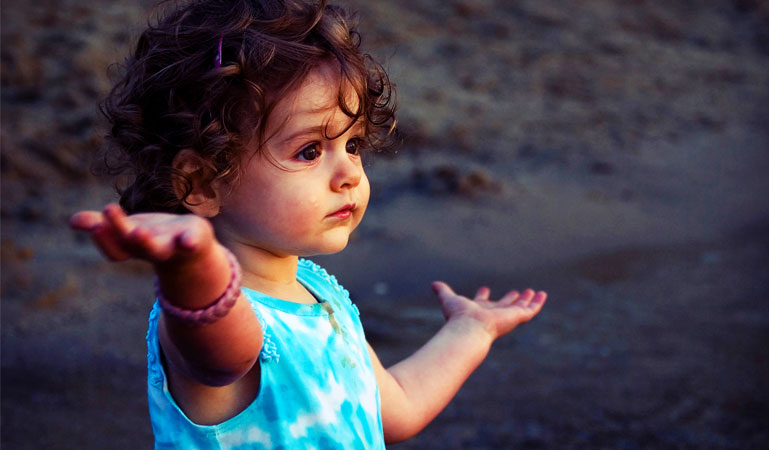 There is absolutely nothing wrong in expecting your daughter to become a beautiful bride and raising an incredible family. What is wrong though is to constantly inject into her sub-conscious mind that this is what she is eventually going to be and it is pointless to work towards what she really wants. This might be what she eventually wants to do, but it should be HER decision. And it can only be her decision if she is raised right as an individual.


There are obviously girls who are Doctors, Engineers, Architects, but this again is NOT always their choice. So many times girls are not allowed to practice the profession they have worked for and the worst part is they are ‘OK’ with it. Unfortunately, Indian parents think happiness only lies in choosing a profession that the society perceives as PRESTIGIOUS.

1. Teach Her How To Think. Not What To Think.

Meddling with the child’s decision starts from kindergarten. Telling them whom to play with and whom to not, without giving them a reason is sheer stupidity. Children should be taught to identify themselves the good and bad qualities of a person. I have been friends with people whose parents are constantly meddling with their lives. Calling them 20 times a day, asking them to not interact with this one or interact with that one. How will your child learn if you don’t let them think for themselves? Let them commit their share of mistakes in life. It will only help them to evolve.

I was one of the ‘Bad Kids’ and most of the parents would ask their daughters not to talk to me. However, as I look at them now, ironically, most of them have lost themselves in the dark abyss of drug addiction and much more beyond that. Yes, these same girls whose parents, ASSUMED, I was ‘Bad Company’, just because I wasn’t afraid to openly share my opinion.

Hence, I say teach your girls how to identify and absorb the good traits from others. Give them the power to think and decide what to filter out and what not to.

I can’t believe I had to watch this video Do things “Like A Girl” to stop saying ‘Like A Girl’.

I am a FREAKING girl. When you say this to a child who maybe crying or whining, you are subconsciously making it a synonym of the word weak. Is that how you perceive yourself? I don’t think so. We have never been corrected and have always considered the most natural thing to say.

3. Marriage Is A Choice

Daughters should be made to understand that marriage is NOT the most important thing in a woman’s life. She is not born solely to make babies and cook food for her husband. She is an epitome of strength. She has the power to create life inside her body and that is just what Mother nature has blessed her with. When she starts to explore her talents, her capability, her intelligence – that is when she starts realizing her true potential. Raise and empower your daughter to have an identity of her own other than being a daughter, a wife and a mother.

She should be constantly reminded that she is strength and beauty combined, and has the power to be or do whatever she desires and she should only get married when she is ready or when she finds a man she is deeply in love with. Forcing someone to spend the rest of their lives, with a person they have known for a month or for a week, is highly irrational.

4. Help Them To Find The Right Idol


Most of the Indian girls grow up with a great fascination towards the glamorous heroines of Bollywood. Girls feel that these actresses are flawless, despite realizing the fact that most of the heroines doesn’t score that highly in their main skill i.e. acting, but they are popular, pretty and trendy who can still get away without being a good actor. And most importantly, girls needs to understand and know that the road to stardom is not as glittery as it looks. One need to have a strong mindset to sail through the ups and down, deal with criticism and much more with respect to the stardom they achieve. Again, I am not saying ban your girls from idolizing the Bollywood actresses. Instead, if that is what they love and want to achieve in life, make them to join some acting classes or give some auditions, to make them realize the reality of it. Teach them to do things the right way, idolize the right person. And by idolize I don’t mean WORSHIP. Absorb the qualities and strengths of these women and try to understand how they reached where they are today.

5. Women Are NOT Objects

The minute you hear arrange marriage in India, you can visualize a girl  dolled up, offering tea to the family who has come to see her. And you know what the scary part is, we don’t think there is anything wrong with it. As a child I watched my aunt get ready each time some ‘Ladkewale’ came to see her and each time they left, she awaited eagerly to hear the response from them and when she did it was always things like ‘The girl is too dark‘, ‘My son is too good for her‘ etc. Can you believe this? Can you believe that her parents took it from those people and asked her to become better. They let her go through the hell of being shown like a piece of cloth and be rejected. Do you know what this can do to her self-esteem? It can shatter it into pieces, invisible to the naked eye.

It is so deeply rooted in our generations that we do not even realize its wrong.

6. Make Her Strong To Raise Her Voice

If you are being wronged, feel strong enough to raise your voice. It is only you who can stand up for yourself. If you don’t want to get married say it, don’t go on doing courses after courses just to delay the marriage. If you want your independence, work for it. Teach your girls how to be independent. Teach her to raise her voice. Teach her to have an opinion of her own.

Daughters need to be constantly reassured about themselves. Make them realize that beauty lies within. Work on their personalities, rather than their superficial outer beauty. You can do this by NOT stating things like, look at how you dress, who will marry you if you look like this. It doesn’t matter how you look. There is no need to wear 3 pounds of makeup on your face to feel good about yourself. Teach them to do something productive. It can be anything from volunteering in a zoo to joining a public speaking class. It will bring the kind of confidence to her which will never fade away with age.

And while you are raising your daughters to be strong, independent, self-sufficient women, instill in them the importance of love, kindness and acceptance.

How Long Before We Decide To Outcast(e) Politics?