Afreed Islam is currently a student of Little Flower School, Guwahati in 10th standard. He will be appearing for his board’s exams from the first week of March 2014. However, he says he is not getting much time to concentrate on his studies due to all the attention and calls he is getting. And at the same time he is excited too. And why he should not be? The 16 year old is a genius and he has just crossed one of the many milestones this early in life.

In an exclusive telephonic conversation with LifeBeyondNumbers, Afreed Islam shares details about the Operating System he has developed, his dreams and his current plans.

Afreed has designed an operating system, which he named as ReVo IX, that combines the powerful file systems of Windows, Linux and Mac. The OS is installed on a microchip and comes with faster execution speed, high storage and an inbuilt firewall. ReVo IX stands as a complete independent operating system. So did he develop the OS all on his own from scratch? No. Afreed has worked and modified the existing Unix Kernel to pump in the new features he always wanted to have.

Afreed has also launched a prototype of his dream product, Revobook, on 17th February 2014.  Revo Book uses a microchip instead of a hard disk and is embedded with the operating system ReVo IX.  ReVo IX allows dependencies on both Windows and Linux-based software simultaneously. Revo Book replaces both mechanical and electronic hard disk drives with this microchip and thus comes with a very low risk of data loss or system crash.

Anupam Barman, Senior Systems Consultant at the Assam Electronics Development Corporation Limited explains why Afreed’s product scores high over the traditional hard-disk run operating system. He explains – “A hard disk drive always runs the risk of data loss as it has moving parts which may crash due to shock and also when brought in a strong magnetic field. However, the microchip has no moving parts and is also not influenced by magnetic field, therefore there is little risk of data loss of this microchip-run computing system.” 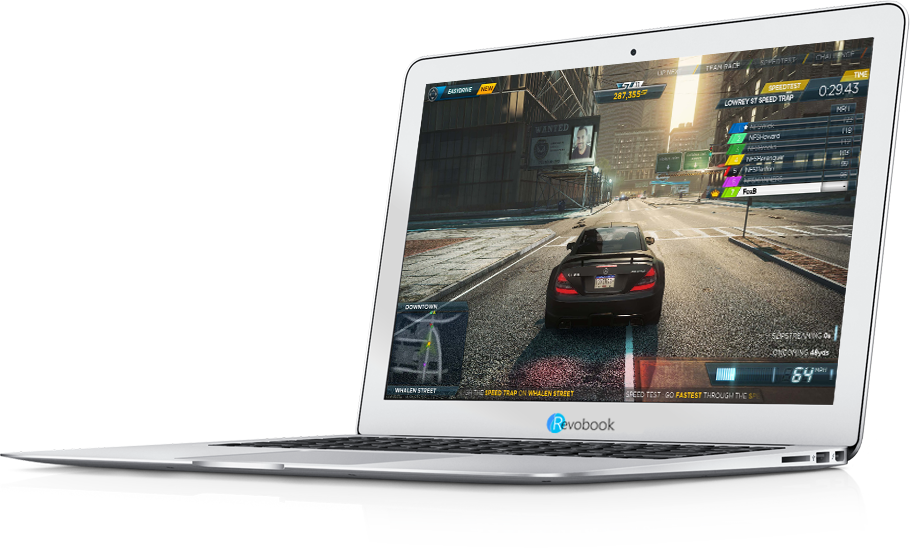 ReVobook is an ultra-book prototype. It’s thin enough to be called sleek and comes with Intel’s HD graphic media accelerator for all the graphical and gaming comforts. It has faster startups and shutdowns, instant file storage speeds and is a conveniently built system promising high performance. It’s one of the slickest and the slimest ultrabook with just 1.4cm thickness. Each and every part of ReVobook is sleekly built to provide a dashing slim look. It is just 1.85 kg which indeed makes it an extremely lightweight device.

The Journey So Far

It all started when Afreed was studying in 8th standard. He encountered several problems with the operating system of his computer which was gifted to him by his parents. Those problems were good enough for a curious mind like his to find a better and improved solution. As he started looking for solutions, he was fortunate to have received all the course books of his cousin who has just completed his software engineering. So what Afreed did next? He started reading all those books and before he could realize, he has almost finished reading all those engineering books. Along the way, he has received immense support from his parents and for which he is ever grateful. And slowly he started working towards his dream product. It took almost more than two years for Afreed to have the final product ready.

In December 2013, the official journal of the Indian Patent Office, Kolkata published Afreed’s work as a system and method for operating a computing device through a microchip instead of a hard disk which allows dependencies to run both Windows and Linux software.

After the patent was published in the journal, a Germany based company contacted him in the first week of January’2014. Over multiple telephonic and e-mail conversations, they asked Afreed to share the product, showing an intent to help him. Afreed was, but naturally, quite reluctant in the beginning to share the details. Afreed was not sure of what they would do with his OS. However, the Germany based company was good enough to win his confidence and thus finally Afreed shared his work with them.

Three weeks after Afreed shared the details with the German company, he receives a courier. Having no idea what that courier has inside, he opens it and gets the best surprise of his life till then. It was the ReVobook, the prototype using his microchip based OS was in his hand. The German company has just made a prototype using his OS, which is ready to market and showcase, and sends it to him as a surprise, showing their support and encouragement.

Afreed is hopeful that the ReVobOOK will be immensely beneficial in offices, banks, academic institutions and industries apart from domestic computing. He now is looking forward to companies in India who can support in terms of finance and help him replicate the ReVobook to take it forward to the consumers in the market.

Knowing what he is best at, Afreed wants to be a corporate businessman as he grows up. However, he is equally inclined towards carrying forward his research work and become a scientist to discover and invent many other awesome stuff. He is currently working on motion programming to break the bonds between the virtual and the real world.

Though the over all technology is not new to have systems running on Microchips in comparison to SSD (Solid State Drive), it is the feature of the Operating System ReVo IX which combines the best features from three different OS makes it a commendable achievement. Even though he didn’t develop the OS from scratch, but having a sound understanding of the Unix OS and modifying that really needs some intelligence. We definitely praise his efforts and intelligence at such an early age in his life. We wish that his patent gets approved soon and India succeeds in retaining talents like him within the country and encourages him in all the ways possible to flourish. We, at LifeBeyondNumbers, wish him all the luck in his journey.

Vaibhav Kothari: Differently Abled Since Birth And Still Not Failing To Create An Impact And Inspire Many With His Spirit