Watch The Trailer of Begum Jaan

Vidya Balan is one such actress in Bollywood who loves to get to the skin of the character she plays. And the first trailer of Begum Jaan, a Hindi adaptation of director Srijit Mukherji’s original Bengali film Rajkahini, looks no different.

The film is set during the partition era when India and Pakistan were drawing its borders. It is the story of a group of women trying to save their brothel from being demolished as half of it falls in India and the other half in Pakistan in the newly created India-Pakistan border. 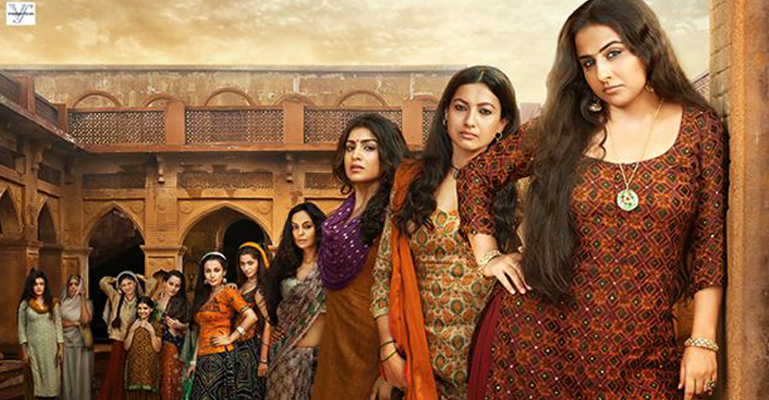 Begum Jaan comes with a powerful star cast of Vidya Balan, Naseeruddin Shah, Rajit Kapur, Ashish Vidyarthi, Vivek Mushran, Chunky Pandey, Ila Arun, Gauahar Khan and Pallavi Sharda. As revealed in the trailer, you should expect some powerhouse performances by this cast. But what surprises you the most is the unexpectedly different look of Chunky Pandey.

The original Bengali film Rajkahini was released in 2015 and was directed by Srijit Mukherji. Vidya Balan’s role was played by Rituparna Sengupta in the Bengali version. Srijit Mukherji won a National Award for Rajkahini. The film won tremendous acclaim both from the audience as well as the critics.

This Hindi adaptation is produced by Mukesh Bhatt, Vishesh Bhatt and Play Entertainment, and co-produced by Sakshi Bhatt and SVF Entertainment. With all the ingredients of a blockbuster, the film is slated to be released in cinemas on 14th April 2017.

We can’t wait to buy the movie tickets for our Begum Jaan. What about you?

5 Ways Of Practicing Self-Love After A Painful Breakup

4 Simple Ways To Be The Best Long Distance Bridesmaid