This International Women’s Day, 15 Women And 3 Men Redefine Their Empowerment Goals For The Future

2019 may have been full of challenges and unexpected changes, however, it was also a year where women took up top leadership roles and dabbled across fields. While NASA completed its first all-female spacewalk, and Gita Gopinath became the first woman to be appointed as International Monetary Fund’s chief economist; many more women came to the forefront for being who they are – simply unstoppable.

I feel we have come a long way – to be able to express our ideas of where we ought to be. Yet, we remain in a world where it takes one day to make the world come together at our feet. But who better than us to know, an opportunity knocks not quite often, and when it does, we go ahead and make the world realize what they have been ignoring for far too long. Hence, we speak and speak we did with 15 women, each practicing empowerment within themselves and sharing a unique take on the meaning of an empowered world for their tribe.

A fair warning: most of them feel no need for a special day and that precisely explains the need of the hour – to understand women minus any tags, for all they seek is respect. Read on.

“A truly empowered future for women is one where she can truly be herself – strong, safe, powerful and most importantly heard and respected in a completely inclusive environment. More specifically in the corporate world, with the unique value and perspectives that they bring on the table, there should be equal opportunities for growth and development of women in senior leadership positions. They should not make them feel guilty or overwhelmed about choosing career over family.” ~ Richa Suri, Head, YouTube Ads Marketing at Google.

“I want to see a future where marriage is not a mandatory end goal for all women.” ~ Toshi Srivastava, Content Management, India.

Last year, on the very same day we spoke to two millennial women on why having kids are not on their agenda, why loving children is beyond maternity and why self-love is the highest love. And this is what they said. Agree to disagree with them?

“I feel empowered every day. According to me, an empowered future for women would give women the freedom to be able to make choices unapologetically.” ~ Rekha Rao, Managing Director at Zeno Group, India.

“My personal view is that we do not need a special day for women or men. I believe that beyond empowerment is being liberated. By empowering a woman, she is financially sound, educated and has better chances of employment. Hence, her confidence level is sound. However, the need of the hour is her safety and security, her dignity and honor need to be protected. Strong and stringent laws must be implemented in order to achieve her safety in fast track courts. Men also need to be enlightened and their rights to safeguard them are important. They should not be falsely implicated by the misuse of the law. Men need to be sensitive when dealing with women.” ~ Jayashree Baxi, Retired Defence Services Officer, India.

“As a 57-year-old woman, I have seen a lot of different phases in my life. From working to becoming a homemaker by choice, I have always believed both these choices are equally respectable. According to me, women empowerment begins at home, in the way we behave with our own children, both daughters, and sons, without any gender disparity. The idea of true women empowerment is an unattainable goal if we don’t raise our sons to respect women. Respect, in every aspect, is important, but essentially respect for just being a fellow human is something I believe would truly empower women in the future. I wish to see a future where my daughter will step out of the house without a shred of fear.” ~ Mala Jethmalani, Homemaker, India.

“Women having an equal opportunity to pay scale and a world where we don’t have to be subjected to even the simplest stereotypes, like, the way we drive.” ~ Eti Bhasin, Business Owner, Dubai, United Arab Emirates.

“I could say strong, confident and use many adjectives, but to me, an empowered woman is simply herself. An empowered future for women would be a place where she can be herself, beyond societal norms and boundaries.” ~ Sejal Goyal, Teacher, Singapore.

“Women must be able to independently explore the globe, work and be financially independent. They should be able to stay rooted in culture, yet be global, never letting go of the ‘self’ and their own independent identity in all walks of life.” ~ Mahalakshmi Ganapathy, Ph.D. Student, National University of Singapore.

“In my opinion, an empowered future for women would basically start with the freedom to choose and being respected for making those choices. It would be a world where boundaries are not defined based on gender, age, religion or stereotypes. Instead, they are focussed on potential, capabilities, ambition, and drive.” ~ Reema Suri, Lead Content Ops and Localisation, HOOQ.

“The way I look at it, women’s progress in society fuels economic growth, is multidimensional to society and forges new paths for more women to carve their own niche which is the need of the hour. We know that a focus on women creates benefits for communities, the environment, and societies at large. An empowered future for women will definitely include more women leading decisions and designing solutions that allow them to bring their own unique perspectives to the table, giving things a more female-centric approach is what it should aim at. We should be allowed to express our true selves more freely in society and the change is coming. One day at a time!” ~ Urvashi Sharma, Head of Operations, Accrete LLC, India.

“I think an empowered future for women would be one where there are no gender-defined roles. Where women are not known for household chores or men subjected to being bread-earners. No matter how much we have grown, this kind of belief systems still exist and I believe they need to be broken down to simply respect every gender, whether man or woman, for who they are – a human being, free to be who they seek to be and be respected for the same.” ~ Nidhi Kumar, Leading YouTuber and Dance Influencer.

“Women have grown leaps and bounds in all walks of life. The change is already happening. Women are more dynamic than ever. Many are fortunate to have education and opportunities to showcase their skills. Multitasking is a synonym for women. Women are extending their support to other women too and speaking up against atrocities. I hope we as a tribe continue to become more confident in order to stand up and express ourselves better.” ~ Revathy Venkatratnam, Chartered Accountant, Dubai, United Arab Emirates.

“I simply wish for a future where every woman gets whatever she believes in and gets a chance to feel as much joy as she chooses to feel, without feeling any guilt about it.” ~ Jinal Minawala, Homebaker and Stylist, India.

“The Wisdom of the old generation women combined with the passion and fearlessness of the present generation. A combination of this is an empowered future for women.” ~ Chandini Hingorani, Sculptor and Artist.

While at it, we didn’t leave the men behind because after all, what matters is a world beyond any polarities. We asked them the same question to find their views on the future of womanhood. And this is what some of them had to say…

“Empowered future for a woman means a woman with high self-esteem and confident personality which is a result of proper upbringing & education as per her inclination. This woman will make important life-changing decisions pertaining to herself & her family independently. She will not only pursue her professional career successfully but will also balance her personal life with ease & poise!” ~ Rajesh Vasandani, Sales Manager, Eris Lifesciences Ltd., India.

“They must get the acclaim for what we already know – they can do better than us in every phase of life.” ~ Manas Kapoor, Technical Analyst in Oracle, Canada.

“I think it varies from region to region. If you take the Asian region, there is still gender inequality that exists in workplaces. We need to get rid of that. More involvement of women in politics and giving them positions with power can play an important role. The whole concept that girls should be housewives should be removed. Freedom of wearing what you wish to is important. For Western countries, I think it’s important to give them to right to leadership opportunities.” ~ Yasir Saeed, Architect, ADP Ingénierie, Dubai, United Arab Emirates.

With every passing day, may the need to give exclusivity to women be replaced by natural inclusivity of women into every part of existence. So that together two genders perform themselves in a liberated and mindful manner, with immense respect for each human’s choices.

Notice the range of responses. The different voices, and their dynamic choices. I think this ability means a growing awareness and that’s what matters this Women’s Day. On that note, may womanhood thrive.

Karishma is all heart, yet rational and extremely passionate about her work. Good work, a frothed cup of coffee and a brain full of buzzing innovations, the communications professional is always up for a chat about life and its smaller nuances. That’s why she is here! Follow her @karishmaoverlatte on Instagram for more exciting stories. 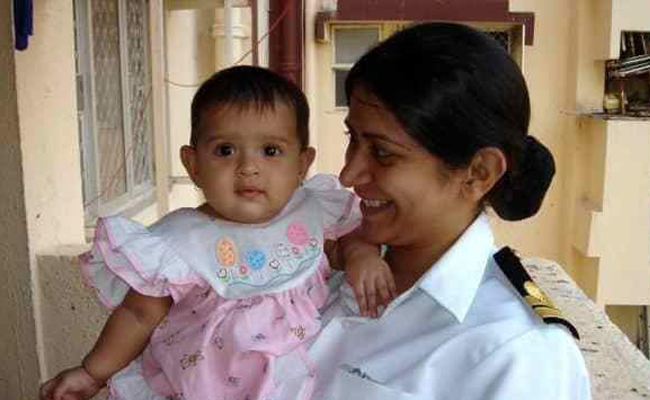