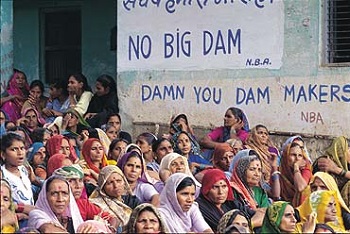 In a country plagued with problems, we really can’t afford to be bogged down by issues that don’t affect our lives directly. The never-ending Narmada dam controversy is one such issue which keeps surfacing from time to time, a piece of news we skim through while catching up on current affairs.

In case you missed it, here is why the Narmada and its people are in the news again:

As of June, 2014, the government at the Centre has sanctioned the government of Gujarat to raise the height of the Sardar Sarovar Dam from 121.92 metres to 138 metres. According to the Narmada Bachao Andolan (NBA) headed by Medha Patkar, some 2,00,50,000 people will be displaced and 245 more villages in the Narmada valley will be submerged as a result of the proposed  17 metre increase.

Events That Led Us Here

Sardar Vallabhabhai Patel, India’s first home minister, was the brain behind the plan of constructing a dam over the river Narmada way back in 1946-47. The foundation stone of the dam was laid by the country’s first Prime Minister, Jawaharlal Nehru, on April 5, 1961. The Sardar Sarovar Dam is the second largest concrete gravity dam (by volume) after Grand Coulee Dam in the US.

– Through a Judgment passed in 2000 the Hon’ble Supreme Court of India authorized the Narmada Control Authority to take a call on increasing the height of the dam from time to time. Of course this was to be done keeping in mind the relief and rehabilitation of the people affected as well as environmental conditions.

– The Sardar Sarovar Narmada Nigam Ltd (SSNL) dam project administered by the Gujarat Government has been seeking permission to raise the height of the dam to optimize power generation and water supply, for the benefit of Gujarat as well as its neighboring states of Maharashtra, Rajasthan and Madhya Pradesh.

– The last time the dam’s height was raised was in 2006. The subsequent need for a raise was discussed during Narendra Modi’s tenure as the Chief Minister of Gujarat. Once Mr. Modi became Prime Minister, his successor in Gujarat, Ms. Anandiben Patel raised the issue once again. Predictably, the sanction has been granted.

Why Has Ms. Medha Patkar Devoted Her Life To This?

Think Narmada or the Sardar Sarovar dam and immediately the grey haired lady in the cotton sari comes to mind. 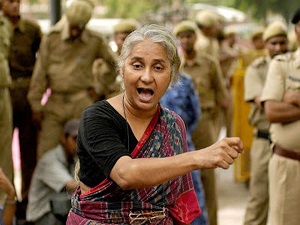 Medha Patkar, an activist and student at the Tata Institute of Social Sciences, after hearing about the Sardar Sarovar dam issue in 1985, visited the project site along with her colleagues and noticed that the project work was shelved due to an order by the Ministry of Environment and Forests, due to “non-fulfillment of basic environmental conditions and the lack of completion of crucial studies and plans”.

The people who were going to be displaced were rendered homeless as no proper information was provided to them but for the promise of rehabilitation. There were questions but no answers. It was concluded that permissions were given and funding provided by none other than the World Bank without looking into post-project problems.

Patkar delved deeper to find out that all the people displaced were only given compensation for the immediate standing crop and nothing more in terms of displacement and rehabilitation. Patkar dedicated her life to this issue and even chose to quit her Ph. D. studies.

Today, she say, “It is an absolutely obnoxious contrast that the new government has not given us any hearing nor has it taken any time nor made any attempt to know the ground reality, before deciding to go forward with Sardar Sarovar Dam construction to its final height”.

Of course Government representatives have assured that the decision has been taken judiciously and is not motivated by political forces. It is claimed that the remodelled structure will benefit one million farmers and close to 10,000 villages by providing irrigation and drinking water. However Ms.Patkar, who has for years been champion for the cause, has protested against the project, claiming that it has displaced lakhs of people whose land has been submerged.

Should You And I Care? 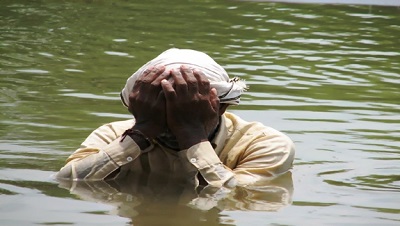 Yes, because the power and energy generated by the dam affects our lives in one way or the other. The new government staying loyal to its commitment to development is propelling India forward with an eye on progress. Many plans and proposals that have been in the pipeline for years are getting a kick-start. However development comes with a price.

And here the price is lakhs of rural families losing their homes and lands. Families that you and I will never meet or know except as a number in a news article.

Noted Author and activist, Arundhati Roy, in her essay The Cost of Living has stated that – “Big Dams are to a Nation’s ‘Development’ what Nuclear Bombs are to its Military Arsenal. They are both weapons of mass destruction. They’re both weapons Governments use to control their own people. Both Twentieth Century emblems that mark a point in time when human intelligence has outstripped its own instinct for survival. They’re both malignant indications of civilisation turning upon itself. They represent the severing of the link, not just the link—the understanding—between human beings and the planet they live on. They scramble the intelligence that connects eggs to hens, milk to cows, food to forests, water to rivers, air to life and the earth to human existence.”

We as a civilization are faced with a moral dilemma where we have to choose between development and ecology. Can the two co-exist or must one outdo the other? Rather CAN one outdo the other?  These questions are as much ours as of  the people who are actually physically affected by the development projects. Who knows tomorrow you or I may be the underdog at the hands of the high and mighty.

It is time that we break the illusionary barrier between the urban and the rural class, because we are all susceptible to the same threats, and while the development promised is for the people, any progress at the cost of the people is not progress. Nothing on this planet happens in isolation and we are all intrinsically linked.

Perhaps, on human ground, you and I should spare a thought for the farmer who lost everything he had so that we can have better lives.

The Joy Of Traveling By The Public Transport…!

She Sees Stars Through Those Eyes…

‘We’ Are Pregnant: 3 Cheers To The Hands-On Dads!