My baby daughter possibly has more of a net worth currently, than her mom and dad combined. And to think she arrived only three months back. What led to this status so early in life, you ask? That’s because she is the sole recipient of all the love, affection and goodies from a lot of our friends. Friends who have decided they don’t want to have children. At all. Ever.

They have decided to stay CHILDFREE.

This thought process has always managed to evoke a range of reactions in me. Amusement, surprise, scorn, disbelief and also pain, when my spouse kicked me on the shin a couple of times if I happened to give a particularly intense reaction to someone saying, “Oh we have decided not to have children”. 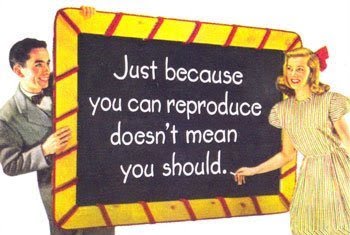 Though I don’t belong to the “I’ll die if I don’t have kids” club, there was a time when I did believe it to be unnatural for anyone not to eventually want a child at some point. But it also led me to wonder what could have motivated so many couples coming from different walks of life, towards this common decision.

One theory is that these days people work so hard and so much that they need to channelize whatever time is left towards making themselves feel good, make all the hard work worth something.

As they say, the old times were simpler. Work, personal interests, family life all accommodated each other. Now work and stress eat into such a large portion of life that one attacks the remaining time with an almost desperate vehemence. Evident in the packed lifestyles of couples. Partying, socializing, hobbies, travel, all juggled along with work. Where does this leave any scope to fit in a big commitment like having a child? 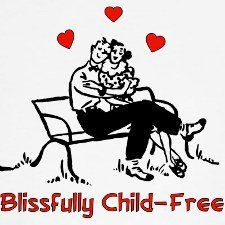 Also, we now live in a world of instant gratification and impatience. No one wants to wait for anything. Who knows what will happen later in life?

I can share an example from my own life. Since we got married we have been travelling the world with a vengeance.

We could have done it later, right! Weren’t there more important things to spend on? Of course, there always are! Yet we chose to travel and indulge ourselves every chance we got. I’d like to call it a zest for life! The need to actualize your dreams instantly. Who knows what tomorrow holds!

But I would say it requires a great deal of tact to face relatives poking their nose into your baby business than it does to make (or not make) a baby. There will always be someone to ask you over the dinner table, “Beta, where is the baby?” As if you have one hiding behind the sofa! A perfunctory smile and a roll of the eyes is what I had mastered as a response to such queries.

So Why Can’t We Let People Be?

A large section of society lives by codes that have been decided centuries ago and they find comfort in conformity. It’s safer. They have learned to move with the times but in certain matters like marriage and children, there is no negotiation. There is a time for marriage and soon after, a time to have kids. Any other scenario like choosing not to have kids is unnatural.

This belief has been primarily molded by their own elders and somewhere reinforced by a steady diet of Bollywood. I still remember a scene from an old movie where upon finding out that his wife did not want to have a child, the camera froze on the hero’s face and the screen broke into a 100 pieces with dramatic music followed by the mom-in-law joining in and calling her a ‘Dayan’! (Monstrous witch, for the uninitiated).

You may think this is from too archaic a world but you’d be surprised. Just last week, a very popular soap had this episode playing where the lead female actor could not have a child for a medical reason and a neighbor pointed fingers at her and insulted her. So basically anything to do with not having a child still carries a social stigma. But somewhere I think soaps and movies are a reflection of society itself and one influences the other.

Interestingly according to the Vedas, one of the 7 duties that a child must fulfill through the course of his or her life, is to have a child and raise a good human being. According to my father, who has the gift of seeing things with an almost childlike simplicity, this generation is plagued with “thinking too much”, even for something as simple as having a child. One must do what one needs to and leave the rest up to God.

If only life were that simple!

To Each His Own

It took a baby to help me get off my high horse and realize that there is no right answer in this matter. My little one is my pride and joy but I can completely appreciate why parenthood is not for everyone. And it’s a very personal decision that each and everyone should take being fully aware of their circumstances in life. Without any influence. Without any regrets.

What we can do for our friends who have decided to live childfree is to respect their decision and not bog them down with our own ideas of what constitutes a fulfilling life.

Would You Miss The Garbage Boy If He Disappeares?

What Would You Do If Tomorrow You Are Fired From Your Job?

Checklists – Ignore The Benefits At Your Own Risk!

Listen To What You Are Saying