Rituparno Ghosh was not a name, not a director but an idea, a concept. Rituparno was a notion which one cannot grasp in its totality but only invent and re-invent in newer ways upon watching his films, reading his columns, hearing his elocutions, listening to his interviews, debates, and reflections. 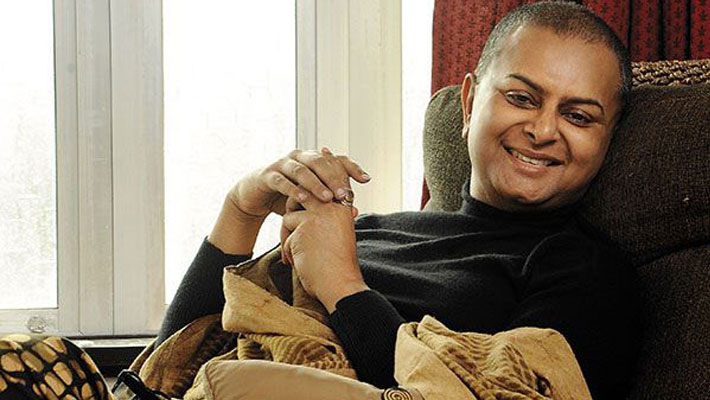 When one heard the news of his passing, it seemed like another illusory stance of his, maybe another game that Rituparno was participating in, for he has taught us, “Shob Charitro Kalponik” (All Characters are Imaginary)…

Yes, Rituparno was indeed a kalponik charitro (illusory character) who with his vigor, fire, and his sheer audacity to question stereotypes, shook us out of our comfort zone, shaking our age-old beliefs and deep-seated conventions. A true non-conformist, Rituparno repeatedly axed the moral orthodoxy that had gripped the Bengali middle class and also the entire nation to such an extent that his identity as a filmmaker took a backseat and he became to be known more for his sexuality, his trans-sexual appearance, and his ambiguous sense of fashion. He confused people.

“Is he a man or a woman?” “Has he changed his sex?” “How come he has big breasts?” “Why suddenly he chose to be a girl?” “This is so repulsive, he makes me feel nauseatic” “Why are there so many bed scenes in his films?” – Questions and statements circulated around the Bengali community. Biased comments, homophobic jokes, taunting remarks were hurled at him, often at public places by public figures. A rebel who lived life on his own terms celebrated his queerness, flaunted his sexuality and quite intelligently remarked in one of his interviews “I know my city can neither handle me nor ignore me….”

Indeed he stands discreet, stands aloof, and stands alone. Rituparno was a gift that the state received at a time when the Bangla film industry was in a void. The crippled film industry after Satyajit, Ritwik and Mrinal was once again refurbished, holding the hands of Rituparno who with his razor-sharp perspective addressed issues that were novel, beyond his times.

When one saw his numb, cold-still body being brought out, a thought struck instantly – it is over, once and for all. We will no more have to wait with eagerness and curiosity for his next film release; we will no more have to discuss and critique his cinema. No interviews of a living Rituparno, no more of his deliberations on Rabindranath, no more of his new readings of conventional texts and religious motifs. No more of the biased, prejudiced, chauvinist, homophobic jokes that people pitched at him. It was all over.

For Rituparno, the personal was always political. His art reflected a sense of experimentation, deconstruction, and construction drawn from his own life. In film after film, he scrapped convention, traditionally held beliefs, ideals, values, and morals. Notions of family, relationship, property, joy and sorrow, freedom, and bondage, were all questioned and quietly reconstructed in his films.

His last films were radical in terms of experimentation with issues of gender and sexuality, puncturing the distribution of the sensible, and exploring the slippery nuances of life. While films like Unishe April, Bariwali and Dahan gave voice to the suppressed woman, Chokher Bali and Antarmahal looked at Classics from a novel angle.

After Rituparno’s death, a lot has been written about him. People who were staunchly opposed to his stance have made glorifying remarks about him and his career.

But its time not to applaud his work, not to mourn his death, but to carry forward the legacy that Rituparno had set, materialize the dream that he had dreamt, carve out the society that he had envisioned, without borders and binaries – sexual, gendered, bodily, social, cultural, national, linguistic – and transcend above all to a state of being human.

For some, Rituparno will always be a living entity. BOLD. REBELLIOUS. REVOLUTIONARY.

Motorcycle Enthusiast? But Here Are Some Trivia You Might Have Never Known

5 Reasons Why You Should Never Apologize For Your Selfies

This 5-YO Invited His Classmates To His Adoption Hearing, Netizens Find It ‘Awwdorable’

I Just Found The Hottest Vet On Instagram! Have A Look At This Adorable Hunk!

4 Simple Ways To Be The Best Long Distance Bridesmaid