Why You Need To Travel Solo Once In Your Life

As I write this, I am sitting next to a black, rocky beach on a small Italian island. Most people I know are separated from me by many long hours of planes, trains and boats. Limited internet and limited money means I may not speak to friends for several months.

Travelling solo is not initially an appealing idea. Friends and family are an important part of my life, they have shared with me some of my best life experiences and helped me get through the worst. Last summer, I was in Pisa with friends and injured myself by falling against a wall. I didn’t mind: a good friend stayed up for hours chatting with me to make me feel better. 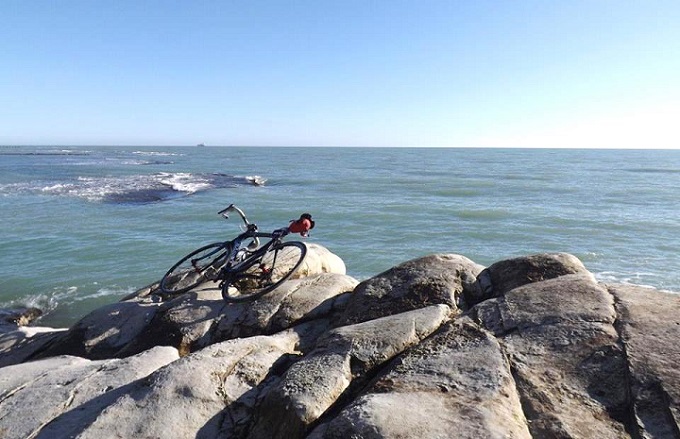 Solo, but not alone

Admittedly he had tried to trip me over into some Swedish girls’ room and caused me to injure myself in the first place (as well as staining some poor hostel owner’s wall with my blood), but it was hard to care after a few hours of inane conversation.

So why would one ever want to travel alone?

The main benefit is immersion. When my friends and I travelled, we spoke almost no French, Italian or German throughout the trip and if we did it would be asking the cost of ice cream or how to get to a campsite. However, as someone travelling alone, the only way for me to communicate with people is through speaking whatever oddly-accented, pidgin Italian I may have learned.

As soon as they hear you speak their language, locals open up and are keen to talk to you. The last time that I was in Sicily, I met a lot of people due to their interest in why I spoke Italian: I met a hulking, well-gymed man from Mali in a pizza place, a tour guide at an ancient Greek fortification and some Sicilians having a rave party on a beach who thought I was German. 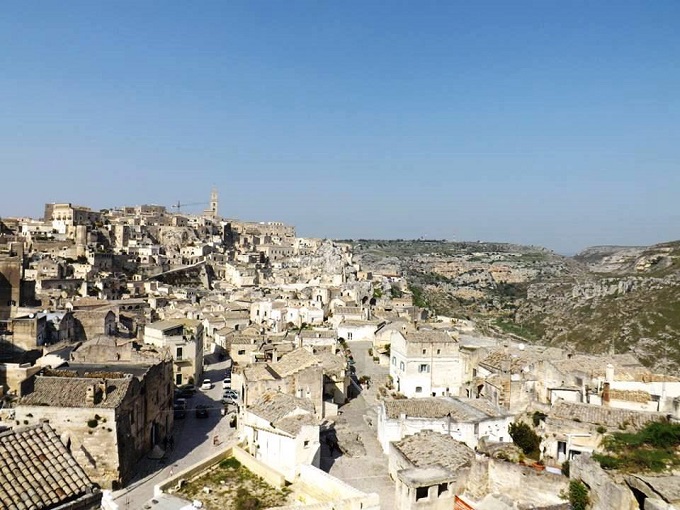 Such chance meetings give you a real insight into the place you are in and the people that live there. The man from Mali spoke three languages fluently and considered that normal, and the tour guide really, really hated Berlusconi, Italy’s ex-Prime Minister. When travelling with others you may see the same things, but I assure you it is not in quite the same way. Did you know that the medieval castle in Enna is only half-restored because of Berlusconi?

When you are alone, you can do things groups of people can’t. It is much easier to escape a difficult situation if you are alone (counter-intuitive as that may sound), as you can make spontaneous decisions.

A few days ago, the ferry I needed to take from Messina to Salina was cancelled for two days running, so on the first day I slept overnight in a local hotel, then the next day I took a train to Milazzo and took a different ferry. In my experience, persuading a group of people to make a required, snap decision is difficult and requires several mugs of tea, enough biscuits to sustain the entire Tour de France and a siesta to get over the stress of making a decision.

This happens for every decision. Most groups of people have a similarly long decision making process. If Italian friends see each other, it is a social obligation to kiss each other on the cheek repeatedly to show they care about each other before they can even mention their predicament. If they really care about each other, this can take hours. Unless you have very efficient friends, it is likely, then, that any decision will take a while. In normal life, this is not a problem: everyone, at any given time, secretly wants a mug of tea or cappuccino and a tricky decision gives you a good excuse for such frivolity. When travelling, however, efficiency is vitally important if you want to get to your place of stay before dark, or in some cases just get home. 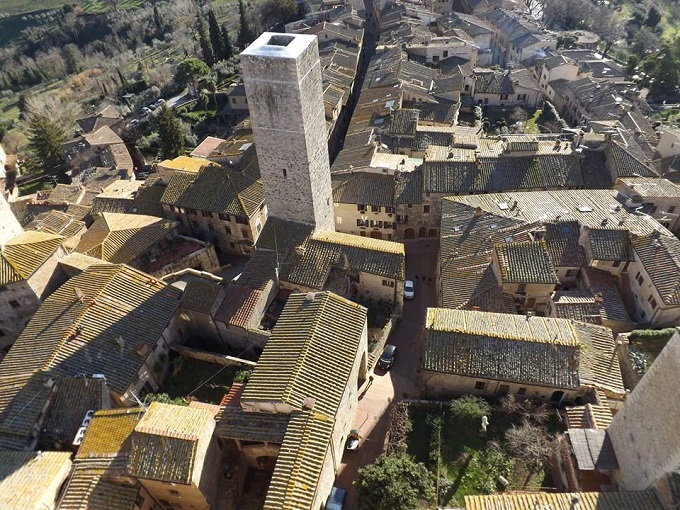 Narrowly missing a bus can turn a fun day in sunny Amalfi into a three hour hike around the grotty seaside town of Salerno in the hope of finding another bus. On that same trip, my friend and I wasted a whole day because we were half an hour late getting to Pompei and it was closed to admissions. Efficiency, spontaneity and flexibility are all benefits of travelling alone.

People look favorably upon those separated from their wolfpack. Elderly Italian women will strike up friendly conversation with any lone wanderer. This is not just due to their innate goodness and motherly love of the world, which is inexhaustible, but also because people on their own with a big backpack are unthreatening, interesting company: if ever I see a man with a big rucksack, I wonder where he is going to and where he is coming from.

A lone man is a mystery waiting to be solved, not a threat. In late March, I tried to run from San Gimignano to Siena along Via Francigena, an old pilgrims’ route that originally ran from Canterbury to Vatican City. The run was going to be thirty miles, but after the eighteen long uphill miles to Monteriggioni I realized I was too tired to carry on. I must have looked terrible. I was caked in so much mud it could have hidden me from heat-sensitive vision, sunburn had stained my already rosy skin a deep beetroot color and sweat had artfully given me a Wolverine hairdo. 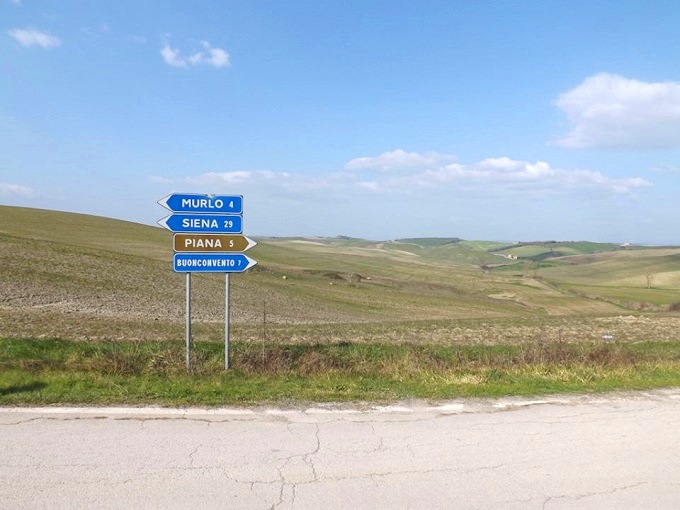 Regardless, I needed to get home. The bus did not run on Saturdays until late, so public transport was not an option. Hitchhiking was unsuccessful, as everyone who stopped was headed in the wrong direction. Eventually, a coach stopped next to me and a young man ushered me on. Before I could speak, he offered me an open bottle of wine. I took a life-affirming draught, then explained why I was alone in running gear on a highway. The coach, he told me, was filled with students on a visit from Genova who were visiting Siena. Because I was familiar with Siena, he asked me to show them to their hotel. I ended up guiding thirty students around a classy, affluent Italian city whilst plastered with mud and wearing short running shorts.

After this somewhat unusual detour, I went home. I could not help but reflect that without a coach’s interest in a solo wanderer I would have been stuck in Monteriggioni, cold and exhausted with half a marathon left to stagger. Such experiences make travelling alone intensely rewarding and very fun. I never know who I will meet, or how.

Travelling alone gives a remarkable, intense freedom to have spontaneous adventures, meet people and immerse oneself entirely in another culture, and that is at once thrilling and enchanting. I know the connections that I make as I travel are mostly ephemeral, like the pollen carried on the breeze or the waves that lap gently against the black rocks of the beach before me. That does not matter: in many ways, the beauty of such encounters is preserved in amber by their brevity, and the characters within them are unspoiled by the withering familiarity of time.

I will not say that you should travel alone, or even that you would necessarily enjoy it. For those of you, however, who seek to lose yourselves in another culture far away from home, I cannot recommend it enough.

5 Countries That Offer You Amazing Sailing Holidays In Europe