With heavy rains lashing the northern and southern parts of India, lakes overflowing with toxic froth, the holiest rivers in India are stinking with non-degradable waste and massive industrial development. Most of us have forgotten that money is a just a piece of paper that cannot buy food, air or water when natural resources cease to exist. There are a very few people in India who understand the importance of the environment and work hard to educate people about ecology and its value. Mumbai-based Anand Pendharkar is one of them. 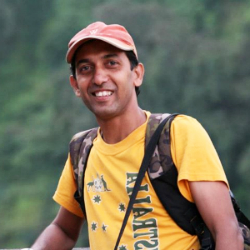 A very informal guy as he is, Anand now works full-time for the SPROUTS Environment Trust, an NGO that educates students and other environmental enthusiasts by conducting lectures, field trips, and other activities. SPROUTS has also been involved in the famous #GodSaveTheOcean campaign.

The idea behind #GodSaveTheOcean is to solve one of India’s long-standing problem without disrupting an entire cultural and religious practice. They have come up with an easy and cost-effective solution to design small Ganesha idols with eco-friendly materials that contain fish food that would feed the fish in the sea once the idols are immersed in the sea.

To better understand the impact, watch this video:

Anand Pendharkar was kind enough to talk to me over the phone and we had a long, but interesting conversation. Though I cannot fit in everything we spoke about, here is a gist of what we spoke about.

So you’re an environmentalist…

“Well, I’d rather prefer to be called an ecologist, because many environmentalists tend to have a negative perspective about the developments in the environment.”

Fair Enough. So, what inspired you to become an Ecologist?

“When I was in the 10th standard, I met this great birdwatcher, Kiran Purandare and he inspired me a lot. Later on, I joined college and I was into the Nature club. Somewhere, very early on, it clicked that this was a dusty calling for me. It gives me all the combinations of things which I wanted to do, like photography, traveling, trekking, etc.”

How long have you been in this field?

“30 years now, and running. I started SPROUTS in 1995, and it was during my vacation that I used to go trekking. Now, SPROUTS consists of two organizations, one of them is for ecotourism, and the other is SPROUTS Environment Trust, which is related to outreach and other non-profit activities. One of the prime activities of the trust is the 350-hour internship that trains undergraduates into becoming eco-leaders.”

What about the eco-friendly projects you have in mind this year?

“The eco-friendly Ganeshas will go in this year too. Finding people to make these Ganeshas’ is difficult as traditional artisans are very rigid and people want very size-specific Ganeshas. We are planning to conduct workshops in schools and colleges to promote it. We have a lot of corporate organizations joining us in post-immersion clean-ups. Personally, I feel that clean-ups are the final resort because people should not pollute the environment in the first place”.

What’s your take on Global Warming?

“On an individual level, a person can not control Global Warming. But, lifestyle changes can. I got an air-cooler instead of an AC and 8-9 years ago, I stopped using my motorcycle. We conducted a photographic environmental survey on World Environment day and the entire travel was done either on foot or public transport. People said, “Well, it’s not actually that bad”. I use the bus or my cycle to travel around and I also did a Mumbai to Goa cycling trip.”

What is your idea about projects like the Solar Impulse 2?

Do you think that Industrial development has a negative impact on ecology?

“I think the government is harvesting environmentalists and there are far more activists than before who are against the government. I would say that their definition and ideas of development are completely destructive for this country. Their idea of growth is cancerous.” 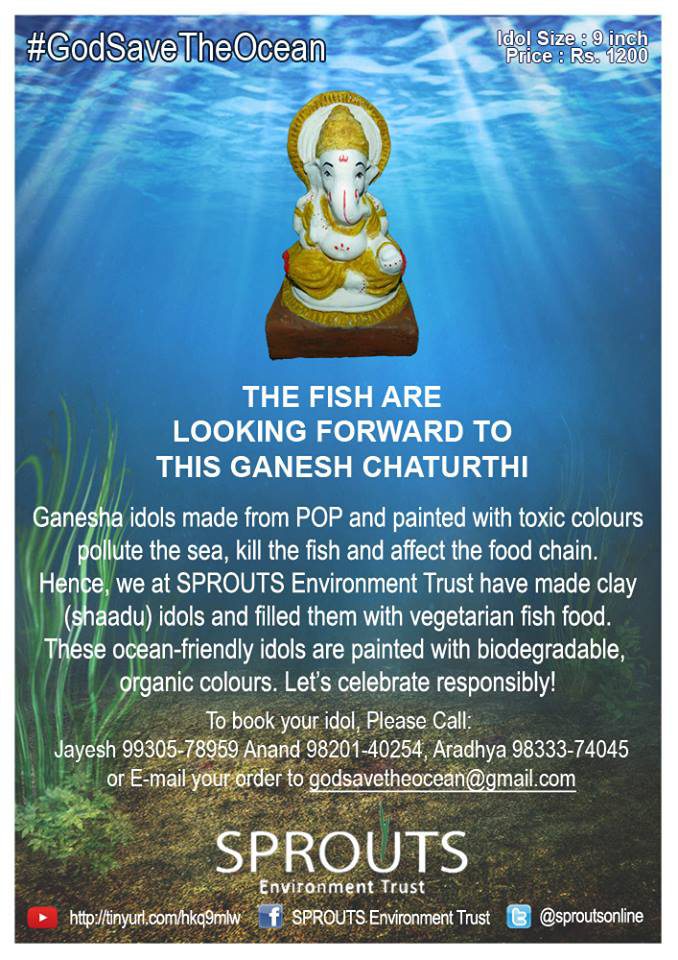 Is there anything else you would like to advise as an ecologist?

“In China, someone found a way to convert smog into diamonds. An individual has to start getting educated and become more conscious about what they are doing. They need self-criticism, or they must critically think about their actions in response to the environment.”

This Ganesh Chaturthi, make Lord Ganesha a bit happier and take your first step towards a better and cleaner environment. Get an eco-friendly Ganpati which will feed the fishes, instead of killing them, once the idol is immersed. You will be blessed both by the Ganesha and the fishes.

To know more about the #GodSaveTheOcean campaign, visit their Facebook page.

The Rice Bucket Challenge: Can You Accept It?