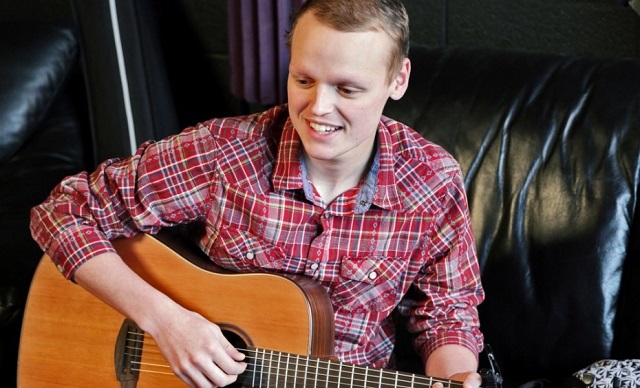 Zach Sobiech was an American folk rock singer and songwriter who died from cancer in May 2013. At age 14, he was diagnosed with osteosarcoma, a rare form of bone cancer that takes the lives of a large percent of its childhood victims. He was 18 years old when he passed away. With only a couple of months to live, Zach wanted to say a nice goodbye to the world. He recorded the song “Clouds”, which was about his battle with cancer, and released it as a YouTube video in December 2012. This beautiful song spread faster than his cancer and gained extensive media attention prior to his death. The song was a hit in the US, UK, Canada and France.

Before his death, Zach set up a charity – Zach Sobiech Osteosarcoma Fund at Children’s Cancer Research Fund. It was his dying wish to help kids with the support of his charity.

On this world cancer day, we bring you the message of love and hope that Zach delivered through this beautiful song, in which Zach and millions of the heavenly bound souls who left this world before their time because of cancer, continue to live. We want to spread this message of love and hope to everyone who are fighting a brave battle with cancer and a tribute to those not with us anymore.

We create and curate inspiring, positive and entertaining stories/news/opinions from every sphere of life, beyond geographical boundaries.

Have you ever thought of teaching your child how to love and respect their body? Is it possible for a kid to think without language? How does a child experience human connection before learning a language? Do you feel...

Children may not understand their parent’s work at all times, but that doesn’t stop this 8-year-old child to review her father’s bound thesis. While the child was so amazed by her father’s works, she decided to give it...

And we promise not to talk about Sacred Games and Mirzapur! The problem with Indian shows and web series is that a lot of them go underrated and overlooked. While some rise to fame overnight, others have to struggle a...

While communal tension and killings were at its peak post-Babri Masjid demolition in Ayodhya on December 6, 1992, there were also shining examples of bonding and brotherhood where Hindu residents and priests risked...

To move beyond the pain of losing someone you love can be a difficult thing. Be it family, friend or simply your pet. While we try to comfort them, most of the time we end up saying wrong or obvious words like- “be...