While we are known as the world’s largest democracy, what role do we really play in decisions that affect our lives and the lives of our fellow Indians? What if there was a place where you could not just voice your opinion, but also learn what millions of others like you feel about a certain issue.

A platform where you could gain real-time insight into how different parts of our society think on important matters: politics, women’s safety, government’s decisions, state of affairs some of which give us hope and others that leave us hapless.

Saumitra Depawat, founder of Opinia360 shared with LifeBeyondNumbers the idea, the execution and the future of India’s first digital platform where YOU get to have your voice heard, your opinion counted. 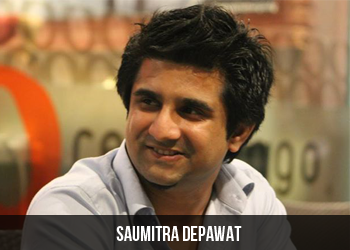 In definition, Opinia360 is a platform that crowd-sources people’s opinions on the issues which affect all of us. But in spirit, it is a lot more than that.

The power of opinion being reserved with the high ranking and prime time figures is an upsetting reality. How many times have we heard them at our behest? “India wants to know”….“India does not want this”.. “India will not forgive you”.

How do they reach such incisive conclusion? Do they have a tool which actually objectively gauges what India wants? If not, then this is not what a democracy is supposed to be. In fact, it is the anti-thesis to democracy. And that is why we created Opinia360.

The clear central vision to empower each and every human being such that they can voice their opinions, be it in agreement or disagreement, happiness or anger, socialist or capitalist; So that, we can make all the voices collectively count.

The Inception Of Opinia360

Counting it back to 2003, It took me eleven years to reach from leaving home to founding Opinia360.

Born into a political family with a strong lineage of freedom fighters; Kota in Rajasthan came to be my home. Due to my family history I always had a great interest in politics. My folks almost kicked me out of the house as they were seriously worried with my strong propensity towards politics. They believed I was too young and at the brink of my inceptive age.

I came to Delhi for my graduation and started my career on a parallel latitude. My first job was as a volunteer co-ordinator for a talk show – “Kuch Dil Se” hosted by our current hon. HRD minister, Mrs. Smriti Irani. Later, I joined AIESEC, the world’s largest student – run organisation, which brought a consolidative thought to my otherwise unsteady ambitions. I affirmed my intent of doing something revolutionary. Subsequent to AIESEC, I worked in a lot of organizations – established ones, start-ups, government initiatives as well as family business until one day when I finally discussed this idea with a friend, and that was it.

How Will Opinia360 Benefit Us As A Society And As Individuals?

Everyone has a sovereign right to voice their opinion. Hence, Opinia360 is for everyone. As a country, we are in a better position than what we were 20 years back, and we were in as opposed to 20 years before that. And so, we strongly believe that there is still a lot of scope for us to be a better society.

This is where Opinia360 comes in. We all have something to say about the issues that surrounds us, about the things which affect us. But we rarely get a chance to voice our opinions or make them count. So,at Opinia360, we send questions regarding pertinent matters with options of all the possible and relevant resolutions.

All that you have to do is take 5 seconds out of your day and “one thoughtful click”. Once the number of these thoughtful clicks increase, then I believe that our collective opinions will become a force that would have to be factored in every decision being made for the society.

How Are The Users’ Opinions Used?

On the App or web, once the users register their opinion they are directed to the real-time results. You also have the option to break the bigger data into smaller relevant options. This is because, statistics are not so accurate as compared to “relevant statistics”.

If 60 percent of India thinks that women in India are safe but 80 percent of those 60 percent are male then the statistics are not relevant. This function of  “detailed results” also enables you to see how religion affects political choice, how inflation impacts different income groups and how opinions vary from state, gender or occupation. 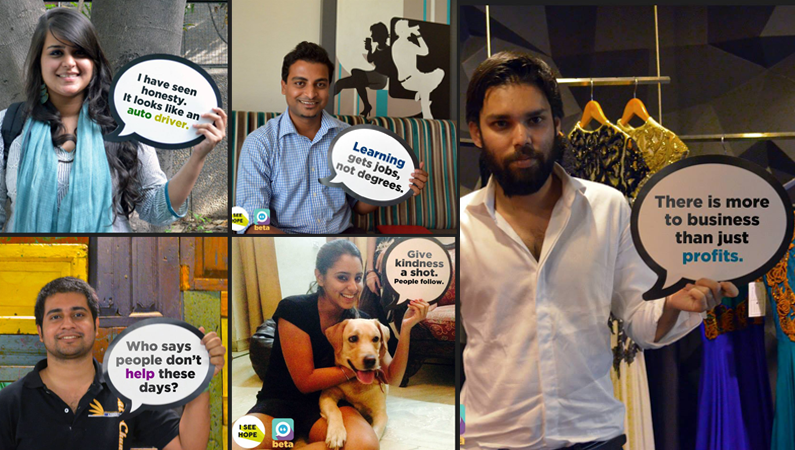 With more than 100 million smart phone users and more than 140 million internet, Opinia360 has the potential to be a one of its kind tool; one  the world has never witnessed before. It provides a great opportunity for the people to voice their opinions and similarly a great tool for the authorities to get the feedback of people on all important matters. Its gives statistical representation unlike any other form of social media & it is free unlike any sms poll.

If its potential is realized, Opinia360 has a power to establish democracy in its most proverbial form.

We know its going to take time and a lot of efforts but once the public response is powerful, we will try to take these responses to the relevant authorities, (media authorities, govt ministries, corp, etc) so that they can factor in the societies opinion before every decision.

So Far So Good

The responses have just started arriving. We are currently running the beta phase with about 1000 registrations. Our team is working on improving the product as we speak. Soon we will bring the second version of the app and also introduce it on 3 more platforms. But so far we are getting a very strong response from the people. As it is, it’s the vision that will inspire them and not just the application.

Opinia360 is a self-funded non-profit organisation. Most of the people working at the office are interning/working for free.

We are currently working on the second version of the App which shall be launched soon. Also we are working on a few more products that would make the app a lot more interactive and user friendly. Further, since our ambition is to strengthen the democracy, we plan to cover the Delhi and Haryana elections in a big way.

Delhi Dance Academy: How A Former Webpreneur Is Making Delhi Dance To His Tunes

HiringMonk – Monks Who Left Jobs At Startups To Startup

Togglehead – The Startup Inspired By The Slides In Google’s Office

Prerna Mukharya And Her Research Start-Up – A Journey From Harvard, MIT And World Bank To Rural India

Doshi Brothers’ Simple Start-Up Story Can Motivate You To Not Give Up Even In Fierce Competition!